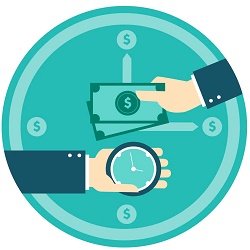 Have any import export requirement?

We arrange import export orders from genuine, verified and trusted trade counterparts from around the world.

More tools for your business

India's total export for Laminated Film is worth 150.39 USD Million in 2016, which when compared to the previous year’s export stats has declined by -0.88%

Laminated Film is exported from India majorly to Nigeria, South Africa, USA, Germany, Ghana , for which the combined export value from India to these countries stands at 57.58 USD Million, which is 38.29% of India’s total exports for this commodity.

What is the export duty for Laminated Film in India?

Export duty for Laminated Film is levied by the government when the product is exported from India to other countries. Laminated Film comes under {{multiple}} HS Codes which includes 39219099, 39209919, etc. This tool helps you to find out custom duty/ export duty that one has to pay while exporting Laminated Film from India.

Find Market Demand of your product

Detailed market data provided by connect2india helps its user get a deeper and better insight of specific product of its choice.

What is India's export value for Laminated Film?

Which country is the largest importer of Laminated Film from India?

Is GST applicable on exports in India?

Is GST required for export?